The Vasaloppet (“race of Vasa” in Swedish) is the most famous cross country ski race in the world, as it is the oldest, longest and biggest. A 90km, classical style event that starts from Sälen and ends at Mora in the district of Dalarna, in the middle of Sweden. The whole festival, as the Swedish would see it, lasts for about a week with different skiing events of all kinds and attracts nearly 60,000 people from over 40 countries all around the world.

The event we completed, an alternative to the genuine Vasaloppet, is exactly the same course, but far less stressful. It is the Öppet Spår (“open track” in Swedish), which takes place a week before, and attracts around 15,000 people on two days. The start is free between 7am and 8:30am, and on Sunday, when we were participating, 8,200 skiers were signed up and ready to go. The Oppet Spar can be a tour or a race, depending upon your approach: you wear a chip that keeps track of your own time, but there is no official ranking, so the timing is simply for your own good.

There are checkpoints every 9 to 13 kilometers, with plenty of sport drinks, water, bullion, coffee and bread at the feed stations. But you do have to fight through a wall of skiers. At km 70, we were handed a free woolen hat from CRAFT, which was quite convenient as it started to get colder. And hey – who cares if you look a bit funny with a bright orange hat on your head, when your ears stay warm :).

Was it crowded – yep. We were constantly changing tracks to pass slower skiers, or those not so confident on the down hill – but if you do so, always make sure you look over your shoulder before changing track. One young woman made the mistake of stepping right in front of Carsten, without looking, on a downhill. I think she will look next time… [comment Carsten: It was my duty to educate her with descriptive German words. She apologized with a Russian accent.] Also the constant changing of tracks made the time pass by quite quickly, especially as we were looking at a 9hr tour.

The weather was perfect, just below zero, unlike the -20 they had been experiencing the weeks before. The waxing tips were spot on and I was happy to say my grip waxing worked well for the complete race.

The views were spectacular, especially the sun rise of the gentle rolling hills. We did have a couple of hills to climb, but – unlike the Marcialonga in Italy – they were mostly done in the first quarter.

The shoulders got a bit cranky at the 70km mark, but the legs held strong and we had a fast recovery.

Would we recommend it to anyone? Definitely yes, because the experience is unique and breathtaking. But we also recommend to choose the Oppet Spar, as it is much less competitive, with a more relaxed atmosphere. Also make sure you organize your trip well, as Sweden is an expensive country, and costs could explode very quickly. 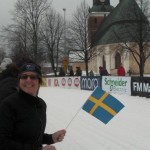 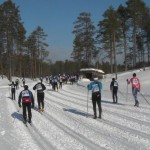 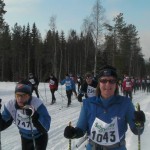 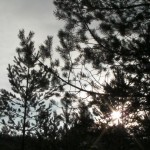 Skiing through the woods